Visiting Kilcher Homestead Plus Other Sites You Can’t Miss 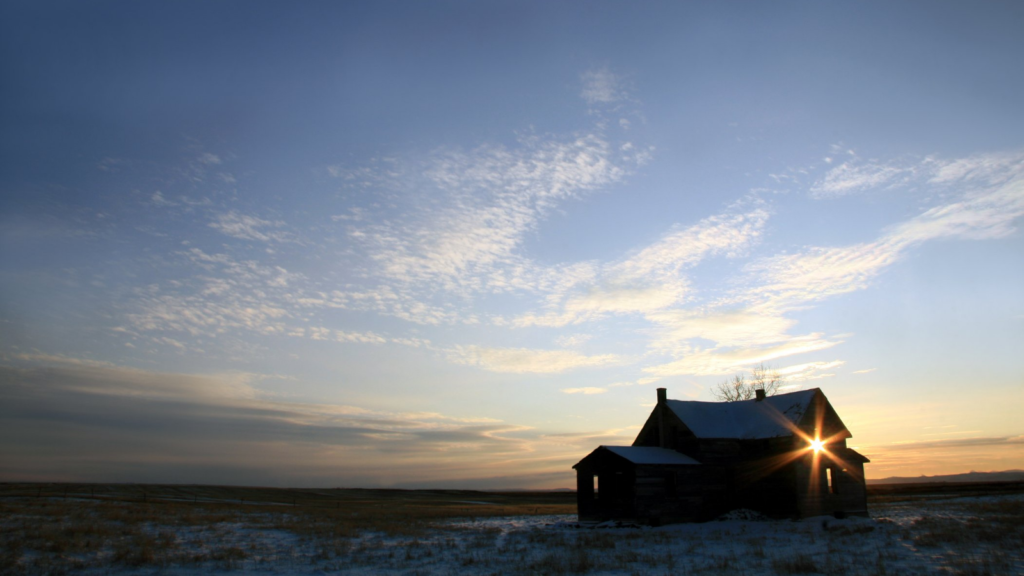 Alaska is well known for its majestic scenery with the landscapes as diverse as the 49th state is immense. There are soaring mountains that seem to stretch endlessly across the horizon, miles and miles of coastline with driftwood strewn beaches where you might spot everything from whales to bald eagles and bears, roaring rivers, vast forests, fjords, taiga, and tundra. It’s truly the “last frontier.”

But beyond its striking natural beauty and opportunities for outdoor adventure is a rich history that’s fascinating to explore. Homesteading began in Alaska when President William McKinley signed 1898 legislation that extended the homestead laws to what was then the District of Alaska. With the final claims made in the 1980s, some 3,500 had received land, including the famous family depicted in a long-running reality TV series featuring the Kilcher Homestead.

There’s been a renewed interest in a life of self-sufficiency. Homesteading, or at least some form of it, increased significantly during the COVID-19 pandemic. But with climate change and other environmental concerns, rising housing costs, and the desire to live something other than a 9-to-5 lifestyle, it’s been growing in popularity for at least a decade. Visiting Homer, Alaska in particular, is a great way to learn more about it.

Many people have been drawn to the Kilcher Homestead after viewing it in “Alaska: The Last Frontier.” The Discovery Channel show chronicles the lives of Alaskan Atz Kilcher and his family, who live off the land on their 600-acre homestead. They choose to subsist by hunting, farming, and preparing for long winters without modern heating. It’s a peek at a life that may sometimes seem romantic to outsiders but reveals the reality of how challenging it can be.

While it may seem as if the Kilchers live in the middle of the wilderness far from civilization, they’re just 12 miles from the town of Homer. That makes it fairly easy to visit and even see the very log cabin that started it all when Yule and Ruth Kilcher arrived in the 1940s from Switzerland. The first generation to live here, the couple made a documentary of their pioneer lifestyle that was shown across Europe, making Alaska and the homestead well known across the globe.

Today the Kilcher family continues the legacy of Yule and Ruth by opening the cabin as a living museum so visitors can see the old schoolbooks, photographs, utensils, farm implements, and other items that were used during those early days. Tours of the homestead are available and you might meet one or more of the family members too. But this isn’t about the reality TV series. Instead, you’ll hear the real stories of how it came to be while enjoying spectacular Kachemak Bay scenery.

If you want to take a deeper dive into homesteading, you can even spend the night on the property in one of the cabins available on Airbnb. You’ll see the Kilchers as they go about their lives and enjoy more opportunities to chat with them about their history and homesteading activities.

While you’ll get a great look at homesteading and history at the Kilcher Homestead, you can learn more by visiting the Pratt and Seldovia museums. The Pratt Museum hosts various exhibits on the region’s history as well as a homestead cabin. Here you can find out more about how early Alaskans survived and even thrived despite the grueling conditions.

By catching the ferry to Seldovia–which lies along the south shores of Kachemak Bay–you’ll not only enjoy a scenic ride, but you can visit the Seldovia Visitor Center & Museum. It focuses on the history of the land, the lifestyles of the community, and native cultures.

The Salty Dawg isn’t your ordinary saloon. It’s an experience. It sits within one of the first cabins that were built in 1897, soon after the townsite for Homer was established. In the 1940s, it was put on skids and moved to the Homer Spit. It’s had multiple incarnations, serving as the very first grocery store, a railroad station, a post office, and a coal mining office. In 1957, it opened its doors as the Salty Dawg Saloon and it’s been popular among locals and visitors ever since.

Adding to its historic character are the thousands of well-worn dollar bills that cover the ceiling and interior walls, signed by the visitors who left them. It started when someone left money for fishermen to have a drink on them, especially after a bad day out. By the early ’90s, it really took off, leading to what looks like an explosion of cash throughout the place.

It’s one of two bars on The Spit and has a bit of TV notoriety too, having appeared in an episode of the Discovery Channel’s “Deadliest Catch,” which highlighted the saloon’s popular Duck Fart shot.

A Little Luxury After Experiencing the Struggles of Homesteading

One of the best things you can do after reliving years past and getting a glimpse of the Alaskan homesteading life is to treat yourself to luxury with a stay at Land’s End Resort. The only hotel on the Homer Spit, you’ll get an in-depth understanding of the extreme contrast between those early pioneering days and what one can enjoy in Alaska today.

Land’s End Resort offers a wide range of rooms, including beachfront homes with up to four bedrooms. Nearly all come with private balconies featuring mountain and bay views where you can watch for whales, sea otters, and other marine life from the comfort of your room.

But it’s not just about the upscale accommodation–it’s a personalized experience that’s like a home away from home, with staff that treats everyone like family. When you come to explore Kilcher Homestead, end your day in a warm, cozy, relaxing setting.